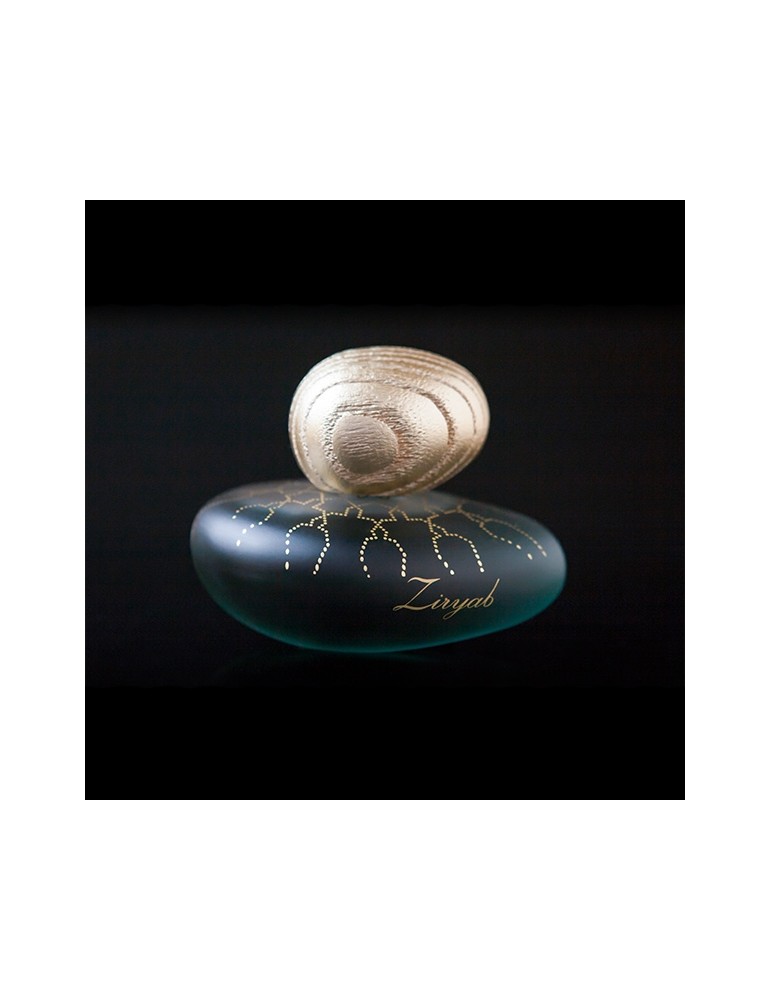 He stimulated the quest of some, and the imagination of others.

He stimulated the quest of some, and the imagination of others.

This musician-astronomer, the unclassifiable scholar of Baghdad, fled from the caliph's jealousy to exile himself in the court of the Emir of Cordova.

Ziryab was a genius of Andalusia, the Spain of the Golden Age.

An exceptional singer, inventor of the fifth string of oud (the lute), he mastered all the instruments and created the first conservatory of music in Europe. He is also the instigator of the first vocal techniques that will give birth to Flamenco.

Ziryab is a radiant being, he loves shimmering life and extreme refinement. He codified the ornamentation of the tables and the order of dishes, as we still use them today.

In homage to Ziryab, the perfume is composed in five stages, as the strings of his instrument.

The fifth string is an audacity, a gesture of an iconoclastic perfumer: The alliance of the tulip, this watery, transparent, green note, to the rest of the composition "wood of Oud".

No customer reviews for the moment.